The Qatar vs. four (Saudi Arabia, UAE, Bahrain, Egypt) dispute has been less in the news recently, but there is no sign of progress to end it; the four have not withdrawn their demands and Qatar shows no sign of accepting them. Both sides are vigorously pursuing the propaganda war as Qatar retains its freedom of action while Saudi Arabia and the UAE risk being exposed as paper tigers. There is a bitter personal element in the dispute and a continuing risk that an unforeseen event will lead to escalation.

Qatar has weathered the threat to its economy, claiming not always convincingly that it has even gained from being forced to stand on its own feet, for example becoming a net exporter of milk. The main international consequence of the dispute so far has been to hollow out the Gulf Cooperation Council (GCC), previously a unique example of regional cooperation in the Arab world, which can no longer play a useful role.

Qatar remains active in foreign policy, though much more discreetly than in the past. Thanks to an ideological difference – Saudi Arabia and the UAE regard the Muslim Brotherhood and all forms of Islamism (other than the Wahhabi version) as no more than terrorism, while Qatar with Turkey are particularly sympathetic to the Muslim Brotherhood – Qatar and the four are on opposite sides on most middle eastern issues, though not all. On Palestine for example, while Qatar might have made capital out of Bahrain’s readiness to host Kushner’s “Peace to Prosperity” workshop, it in fact merely blanked it like the rest of the Arab world outside Saudi Arabia and the UAE.

Qatar’s most valuable political role has been in supporting along with Germany an intra-Afghan dialogue and talks between the US and the Taliban. Heavy fighting continues in Afghanistan, where the Taliban control or contest half the country. On 30 June Taliban suicide bombers killed at least 19 in an attack on a government office – a Taliban spokesman claimed they had also killed 57 members of the security forces. On 1 July the Taliban killed six and wounded 105 near the defence ministry, and yesterday 7 July another Taliban attack on a government security compound in Ghazni killed at least 14 and wounded more than 180. 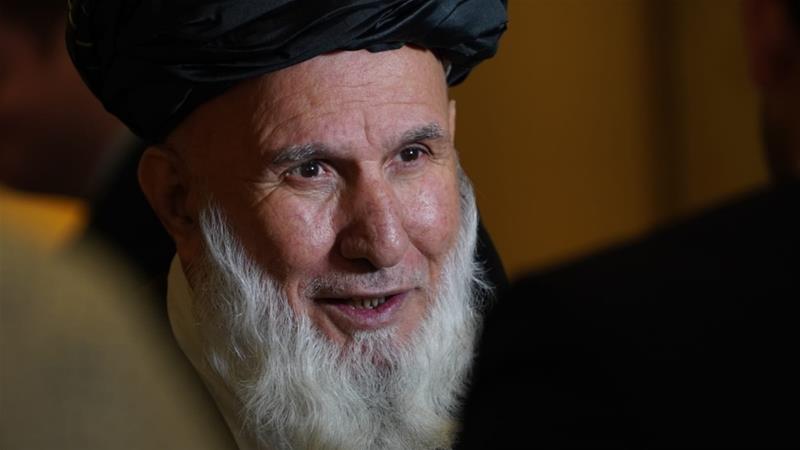 Hajji Din Mohammed, a Pashtun tribal leader, took part in the Afghan talks (Sorin Furcoi/Al Jazeera)
These attacks came as the US envoy Zalmay Khalilzad held a seventh round of peace talks with the Taliban in Qatar aimed at bringing to an end the war which has raged for 18 years. On 6 July he said that this had been the most productive session of talks to date, with progress on counterterrorism, troop withdrawal, intra-Afghan dialogue and a permanent ceasefire. The talks would resume in Qatar tomorrow 9 July after the conclusion of intra-Afghan talks, which began yesterday in Qatar under the auspices of Qatar and Germany (two earlier intra-Afghan meetings were held in Moscow in February and May). The Taliban have a political office in Qatar, and a Taliban spokesman confirmed that the dialogue was making progress and would resume. About 40 high-profile Afghan activists are coming to Doha, without official status because the Taliban refused to deal directly with the Western backed government in Kabul. According to a Deutsche Welle report hopes of a breakthrough are based on Taliban’s new willingness to engage with the Afghan government, previously dismissed as a US puppet.

Another area of independent Qatari action is Gaza, where its Muslim Brotherhood sympathies extend to Hamas. In May it announced a transfer of $480 million to the West Bank and Gaza, with $180 million of it earmarked for Gaza including in particular electricity generation. According to a Jerusalem Post report Israel is interested in allowing international aid such as that from Qatar to fund a new industrial zone in Gaza, with dual-use materials admitted under Israeli surveillance, to improve the humanitarian crisis in the area. Yet another somewhat less contentious area is Lebanon, where the finance minister told Reuters on 30 June that Qatar’s investment of $500 million in government bonds “expresses a commitment to the promise that was previously made to support financial stability in Lebanon.” According to Turkish sources Qatar’s plans to invest $15 billion in Turkey, announced at the height of the currency crisis last year, are on a fast track.

These activities have had a degree of international welcome, more so than Qatar’s high-risk foreign policy adventures in previous years. The UN Secretary-General has enlisted Qatar along with France and Jamaica to mobilise international support to secure the hundred billion dollar goal agreed at the Paris climate conference in 2015. On 20 June the UK minister of state Andrew Murrison tweeted enthusiastically about the close partnership between Qatar and the UK. At the first formal high-level meeting between Qatar and the European External Action Service yesterday 7 July in Brussels the two sides “underlined the need to defuse tensions [with] special attention to Yemen, the Middle East peace process, the situation in the Horn of Africa, Syria, Afghanistan, Sudan and Libya.” The Amir is to meet President Trump tomorrow 9 July.

The list in the Brussels communiqué notably omits Iran. Iran is important to Qatar, all the more so since the blockade of the four. Qatar has not recently come under heavy US pressure on Iran, although Trump earlier implied on Twitter that Qatar was funding “radical ideology”. It hosts the main US military base in the region. An article on the Atlantic Council website “GCC Dispute Pushes Iran and Qatar Closer but With Caveats” considers Qatar’s relations with Iran in some detail:

“For Qatar, a major foreign policy challenge will be to continue its cooperative and pragmatic partnership with Tehran while remaining on good terms with the Trump administration. To Doha’s credit, it appears to be skillfully balancing Washington and Tehran’s interests off each other without drawing the ire of either side, underscored by the fact that “no Qatar-based entity has been designated by the United States as an Iran sanctions violator,” according to the Congressional Research Service. Amid sharp rises in tension between the White House and Iran, Qatar finds itself under mounting geopolitical pressure. Yet for the blockaded emirate, joining either an anti-US or an anti-Iran coalition in the region cannot be considered a viable option. Qatar simply places too much value on good relations with both the world’s superpower, which is the emirate’s security guarantor, and its Persian neighbor.”

Given this delicate balance, Qatar has not recently extended its mediation efforts to Iran, where past mediation efforts have mainly come from Oman – the Omani foreign minister met President Asad in Damascus yesterday 7 July.