Summary: US shuttle diplomacy has achieved agreement on talks to take place between Lebanon and Israel on the maritime border. 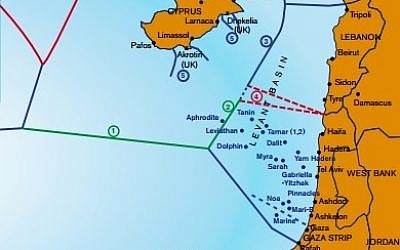 In our posting of 19 March we referred to the maritime border dispute between Lebanon and Israel over oil and gas exploration on which the then Acting Assistant Secretary of State David Satterfield had been negotiating. He has continued shuttling (most recently reported in Beirut yesterday 11 June), but the post of Assistant Secretary of State for Near East policy has now been filled by David Schenker, former Pentagon official and former director of the Beth and David Geduld Program at the pro-Israel Washington Institute for Near East Policy, described on the New Arab website as a “pro-Israel wonk”. It is not yet clear whether that will affect his role, or the Israel/Lebanon negotiations which have now been agreed very much thanks to his personal efforts.

Lebanon is keen to develop offshore energy – it needs the money. But the dispute with Israel over the maritime border, which adjoins some exploration blocks, has caused years of delay. The two countries are formally at war.

In the last year Lebanon has awarded exploration licences to Total (French), ENI (Italian) and Novatek (Russian). Drilling is due to begin this year, but not close to the disputed area. In April it announced five more offshore blocks to be included in the next bidding round; they include waters also claimed by Israel and others claimed by Syria. BP, Lukoil (Russian) and Repsol (Spanish) have shown interest. Israel is also offering 19 offshore blocks, none of them close to the disputed border.

On 27 May following a meeting between Satterfield and the Israeli Energy Minister Yuval Steinitz, Israel said it was ready to agree a border “for the good of both countries’ interests”, and on 4 June a senior Israeli official said Israel expected US-mediated talks on the border with Lebanon to begin within weeks. The UN peacekeeper headquarters compound in Naqoura, southern Lebanon, was mentioned as a possible venue.

Lebanon agreed to a process to resolve the border dispute on condition that negotiations were under the watch of UNIFIL. According to an Al Jazeera report “Israel, historically critical of UNIFIL’s role in Lebanon, reluctantly accepted the condition as long as the US, its main international ally, was also involved. The details of the precise role to be played by UNIFIL and the US are still being worked out, Lebanese officials said.” A Lebanese member of Parliament from the Amal Movement, Shia and allied with Hizbullah, said that a statement by the Hizbullah leader Hasan Nasrallah threatening to confront Israel if it prevented Lebanon from exploring had not imposed any conditions on how to solve the dispute and had endorsed the government position.

One complication among many is that in Israel’s view the talks will deal only with the maritime border and not the land border, whereas Lebanon wants them to cover the land as well. The major land dispute is over the Shebaa farms which are occupied by Israel and claimed both by Lebanon and by Syria (recovery of the farms is a point of principle for Hizbullah).