Summary: since the beginning of the year, the development of relations between Iraq and Turkey has gained real momentum. The focus is on trade, water and the reconstruction of Iraq.

We are again grateful to Greg Shapland for the posting below. He is a writer on politics, security and resources in the MENA region. He was Head of Research Analysts in the FCO from 2010-13 and is now an Associate Fellow at Chatham House. 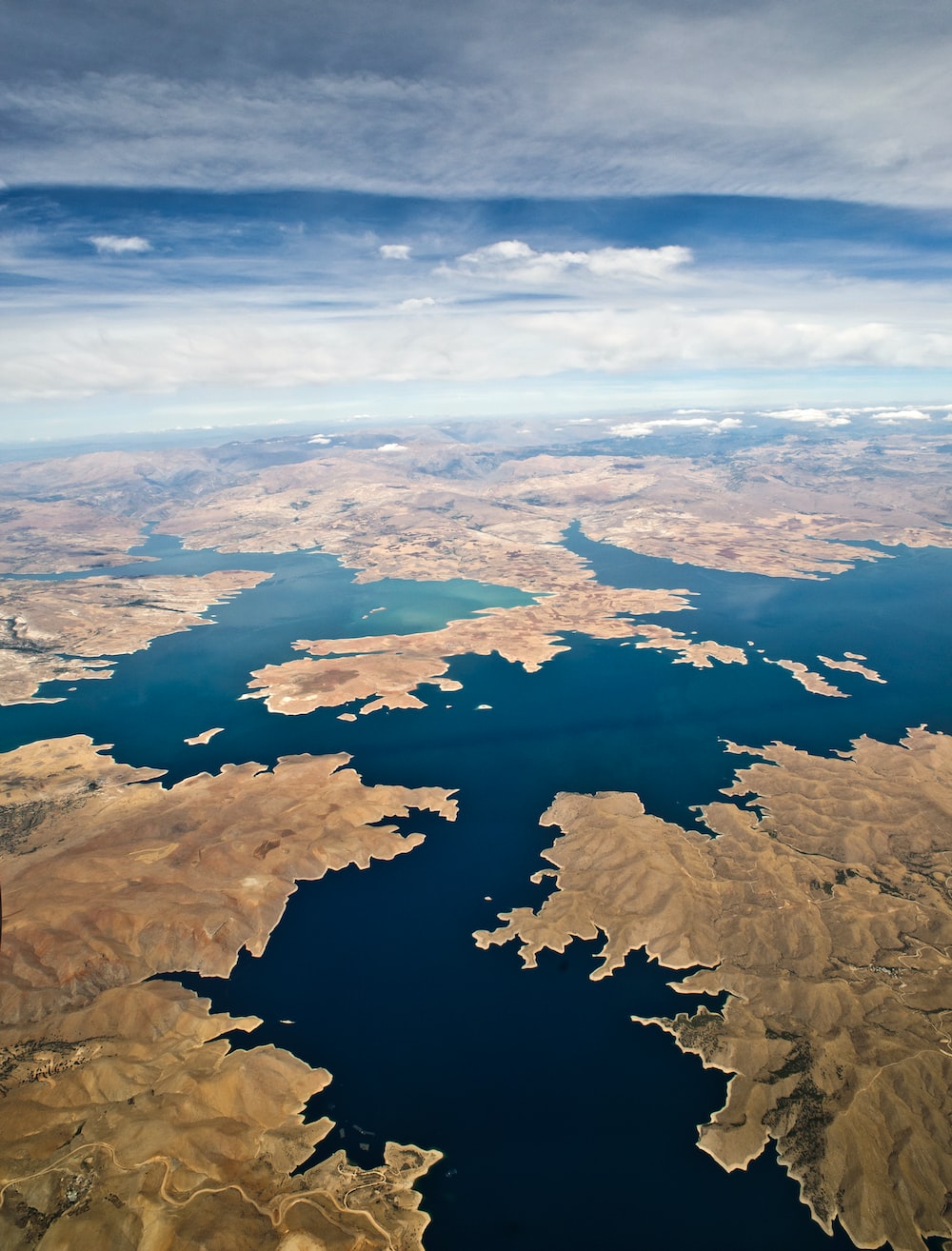 An aerial view of the Keban reservoir. Source: Unsplash. Credit: Serhan Turk. The Keban Dam was the first to be built on the Euphrates in Turkey.

Later this month, Ruhsar Pekcan, Turkey’s Trade Minister, will visit Iraq with a delegation of around 100 business people. Setting the scene for her visit, Pekcan noted that, in 2018, Turkish exports to Iraq reached $8.3 billion, making it Turkey’s fourth largest market. The balance of trade was very much in Turkey’s favour, as Iraqi exports to Turkey stood, in the same year, at $4.7 billion.

Pekcan’s visit will be the latest in a series of meetings, accompanied by encouraging statements, between the two countries’ political leaders. Barham Salih, Iraq’s President, visited Turkey in early January and again in late May. Mevlüt Çavuşoğlu, Turkey’s Foreign Minister, went to Baghdad, Basra and Erbil in April. And in May, Erdoğan received Adil Abdul-Mahdi, Iraq’s Prime Minister, in Turkey.

Since the beginning of this year, therefore, the development of relations between Iraq and Turkey seem to have gained real momentum. Turkish security concerns (the presence of the PKK on the Iraqi side of the border) have not gone away and Iraq has shown itself willing to address those concerns. However, the focus this year has been as much on the potential for increased trade and investment and for cooperation in respect of shared water resources as it has been on the PKK.

Both sides have a great deal to gain. Iraq needs to modernise as well as repair its infrastructure (much of it is in poor condition, as a result of neglect as well as damage from conflict) and Turkish companies are well placed to get a lot of this work. Among the business people travelling with Pekcan to Baghdad will be representatives of companies working in fields such as energy, machinery, irrigation systems, agricultural equipment, contracting, automotive, food, furniture and textiles.

Turkey had already positioned itself to benefit from the reconstruction of Iraq by pledging (at the Kuwait conference in February 2018) $5 billion in loans. A year later, Çavuşoğlu  reiterated that promise, announced that his country had initiated a coordination process to allocate the money his country had pledged and noted that Turkish businesses would benefit from the funding (Turkish aid to Iraq seems to be very firmly “tied”.) Given Iraq’s very substantial oil revenues ($6.1 billion in December 2018 alone), Turkey is no doubt confident that its loans will be repaid.

For Iraq, better relations mean more water. Iraq (and Syria) have long been at the mercy of Turkey in terms of their water supplies: almost all the water in the Euphrates and 40% of the water in the Tigris in Iraq comes from Turkey. This year, there is an abundance of water and Iraq’s reservoirs are full. But this year is exceptional and, in previous years, Iraq has had to appeal to Turkey to release more water through its dams. Turkey has generally responded positively (although not to the extent of sparing Iraq the pain of having to impose restrictions on summer crops, as occurred last year). For instance, Iraq and Turkey have negotiated a series of delays in the filling of the reservoir behind the Ilısu Dam. In June 2018, Iraq’s then Minister of Water, Hassan al-Janabi, said that the two countries had reached a “fair” agreement that Turkey would release 75% of the flow of the river, with the rest going to fill the reservoir gradually over the coming months.. And in October, President Erdoğan agreed to a request from the visiting Speaker of the Iraqi Council of Representatives (parliament), Muhammad al-Halbusi, to allow more water to flow down the Tigris. Turkey was due to have re-started filling the reservoir yesterday (10 June) but, given the availability of water this year, this should not cause Iraq insuperable problems.

Since the beginning of this year (and probably with a view to increasing its chances of securing reconstruction work), Turkey has taken the initiative in offering Iraq assistance with the challenges faced by its water problems. In January, Erdoğan appointed Veysel Eroğlu, as special envoy to Iraq with water and commerce as his particular remit. Eroğlu, a long-standing Erdoğan ally, was Minister of Forestry and Water Affairs from 2007 to 2018. (He was also, according to the present author’s Iraqi contacts, the person whom Iraqi ministers of water approached with requests for more water.) In a Memorandum of Understanding between Turkey and Iraq, apparently initialled in January, Turkey offered to provide half the cost of building three dams on tributaries of the Tigris in Iraq. (The Memorandum does not seem to have been made public.) A delegation headed by Eroğlu and including 20 Turkish water experts is due to visit Iraq this month to evaluate the progress made by Iraq in upgrading its infrastructure.

Iraq’s water sector is certainly in a very poor state. (We looked at some of its problems in our posting of 28 September 2018, “Agriculture in Iraq’s Euphrates Valley – serious challenges.) Under-investment in the sector over many years was compounded from 2014 by the re-direction of spending to the military effort against Islamic State. The Ministry of Water Resources’ budget for this year is about 60% higher than last year’s but there is still plenty of scope for help from Turkey and elsewhere. Pollution is now an issue in the Tigris as well as the Euphrates, as witness the Iraqi cabinet’s decision in April to approve a number of schemes to deal with it. (There is, however, one piece of good news: despite high water levels in the reservoir behind the Mosul Dam, the latter is not, according to the Director General of Dams in Iraq, at risk of collapse.)

While Turkey seems keen to help Iraq’s water sector, it shows no sign of being any more prepared than it ever was to accept the Iraqi (and Syrian) claim to the right to a defined share of the waters of the Tigris and Euphrates. It seems likely that Iraqi ministers will have to continue to plead for more water from Turkey whenever the need arises. But at least Turkey has responded to some extent to Iraq’s concerns. By contrast, Iran has denied that its dam-building activities on tributaries of the Tigris have deprived Iraq of water and also blamed Baghdad for its alleged failure to agree to an Iranian proposal to set up a commission to examine the use of the Sirwan and Little Zab rivers. Shia solidarity does not, it appears, extend to all areas of bilateral relations.