Summary: the killing of Shireen Abu Akleh cannot be left to the Israeli authorities to investigate.  Only an independent body can establish the truth of her death.

The  investigation of  the murder of the Al Jazeera journalist Shireen Abu Akleh cannot be left in the hands of the IDF. Nor should the Israeli government of Naftali Bennett oversee the investigation. If, as the Israeli authorities say, they want to get to the truth then an international, independent panel is the only body to do that.

The initial response of the Israeli prime minister came barely two hours after Abu Akleh was fatally shot on 11 May at approximately 7:15 in the morning in the West Bank city of Jenin: “According to the information we have gathered, it appears likely that armed Palestinians — who were firing indiscriminately at the time — were responsible for the unfortunate death of the journalist.” That came in a tweet from the Israeli Foreign Ministry accompanied by a video that alleges that what it called Palestinian terrorists were responsible for her killing.

But when the human rights group  B’tselem investigated they quickly established that the video posted by the Israeli government had nothing to do with the shooting of the Al Jazeera journalist. B’tselem posted a video shot by one of their researchers at noon on 11 May that proved irrefutably the falsity of the Bennett claim. 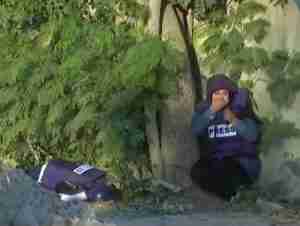 Eye witnesses also discounted the prime minister’s version of events. One of them was the journalist Ali al-Samudi who was among a group of five journalists standing with Abu Akleh, all of them clearly identifiable by their press flak jackets and helmets.

“There were no fighters where we were, none at all,” al-Samudi said. “We don’t put ourselves in the line of fire. Whatever the Israeli army says for us to do, we do. They shot at us directly and deliberately.” Al-Samudi was shot in the back just before Abu Akleh was killed with a single shot to the head.

It fell to the head  of the IDF Lieutenant General Aviv Kohavi to walk back the Bennett narrative later in the day: “At this stage, it is not possible to determine whose gunfire she was hit by and we are sorry for her death.”

For those who knew the Saudi journalist Jamal Khashoggi  (included among them is the writer of this newsletter) the clumsy attempt to deflect responsibility recalls, in an eerie and unsettling way, the Saudi government’s denials, lies and obfuscations over his murder. One story followed another as the Turkish authorities released evidence proving each one a lie.

That Abu Akleh held joint Palestinian-American citizenship and was highly regarded and deeply respected both internationally and among Palestinians has put some pressure on Israel as they continue to scramble to put into place a damage limitation strategy, after their initial attempt collapsed in disarray.

Their efforts will not have been helped by video footage on Thursday showing Israeli police removing Palestinian flags from the church where a service for Abu Akleh was being held.  After seizing the flags they knocked into people gathered outside and harassed an Al Jazeera journalist as she was attempting to do a live report. On Friday police attacked  mourners, firing stun grenades and beating  them with batons.

A BBC correspondent described the scene:

What happened next was extraordinary. I was behind the packed crowd so I couldn’t see the front point of contact, but the Israeli police suddenly pushed back the crowd, including the coffin and its carriers….They fired stun grenades towards the mourners and the press and were storming into the compound.

The veteran  Haaretz  journalist Gideon Levy, long a harsh critic of the IDF, reflected on the killing of Abu Akleh while writing about a 19 year-old student Hanan Khadour shot and killed in Jenin last month by the army:

Then, too, the military spokesman tried to cast doubt on the shooters’ identity: “The matter is being examined.” A month has passed, and this “examination” has yielded nothing, and never will – but the doubts were planted, and they sprouted in the Israeli fields of denial and suppression, where no one actually cares about the fate of a 19-year-old Palestinian girl, and the country’s dead conscience is silenced again. Is there a single crime committed by the military that the right and the establishment will ever accept responsibility for? Just one?

And on the B’tselem website is the story of a 16 year old, Nader Rayan, shot and wounded on 16 March  in Nablus by Border Police who then walked up and shot him at close range, firing multiple rounds into his body and killing him. As with Abu Akleh one narrative was put out and then modified to a different version after video was posted on social media that proved the initial story was a lie.

The online Time website provides a telling compilation of civilians killed over the years and how the IDF, the police and the government have managed to tamp down any fallout: “Deny and deflect is Israel’s usual strategy for dealing with high-profile civilian deaths.”

Will the murder of Shireen Abu Akleh be any different? Perhaps, given that she was an American citizen.  But only sustained and determined pressure from Israel’s allies, and that includes the UK, will force the authorities to allow an international, open and independent investigation of her death.

Arab Digest expresses our deepest condolences to the family of Shireen Abu Akleh and to her Al Jazeera colleagues.

Summary: both economics and politics point to Riyadh’s looking to keep OPEC+ to its July 2021 agreement for as long as possible.

Author and analyst Matthew Hedges is this week's podcast guest as he joins Arab Digest editor William Law to discuss his recently published book, an…